From a "Roving Reporter"

Mike the Bike  together with his wife Kath revisited one of the groups favourite destinations "Sunderland Point". 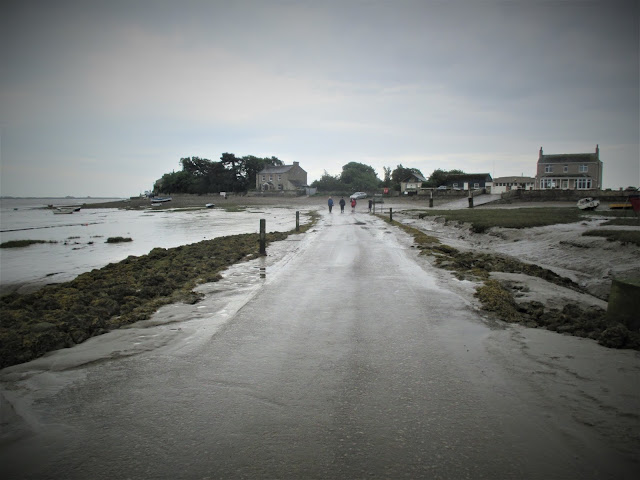 Sunderland means a "Land apart" and is a place that reeks of mystery and romance. A place where the cliched phrase "Time and Tide wait for no man" becomes highly relevant.

They parked at the old disused pub at the end of the Overton Rd and walked out along the usually damp and muddy tidewashed road to Sunderland village. 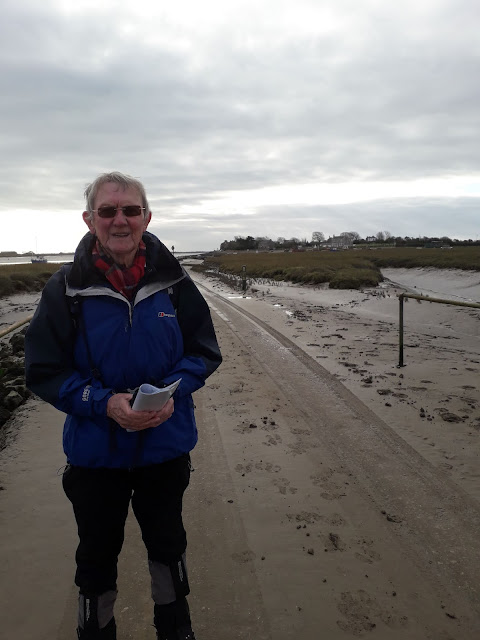 The village has many historic connections and was once a busy trading port linked to Lancaster. Amongst other commodities were slaves and the grave of a young black boy "Sambo" is one of the sites to be found here. Mike and Kath, however, were unsure of the tide times and so did not cross the peninsula to visit the grave but returned to their car for a picnic. 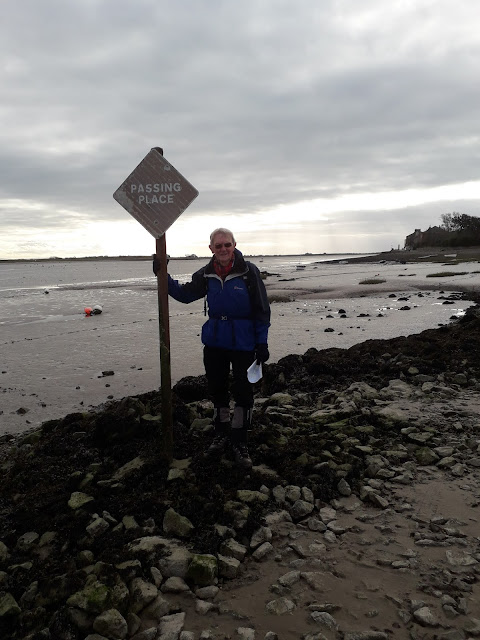 As they sat (presumably)munching lunch, two cyclist swept passed on their way to Sunderland point. Not many minutes passed before they returned. In chatting to them Mike was informed that the tide had already covered the road and the village was now "cut off" (there is another way but not by bike)

"Peninsula" :- a piece of land almost surrounded by water.

When in France we stay  a similar place a "Presqu'ile" :- nearly an Island.